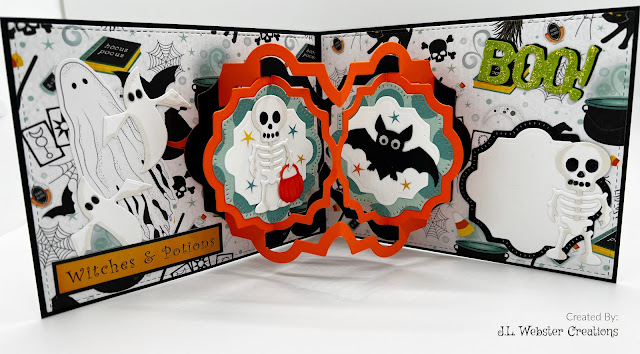 I started with an A2 sized card using heavy weight (110lb) black cardstock. I cut three rectangle pieces, using the largest die from MFT A2 Stitched Rectangle STAX set and PhotoPlay "Fright Night" paper pack. This paper pack also came with a 12x12 sticker sheet and I used some of the stickers from it as well to add extra elements. 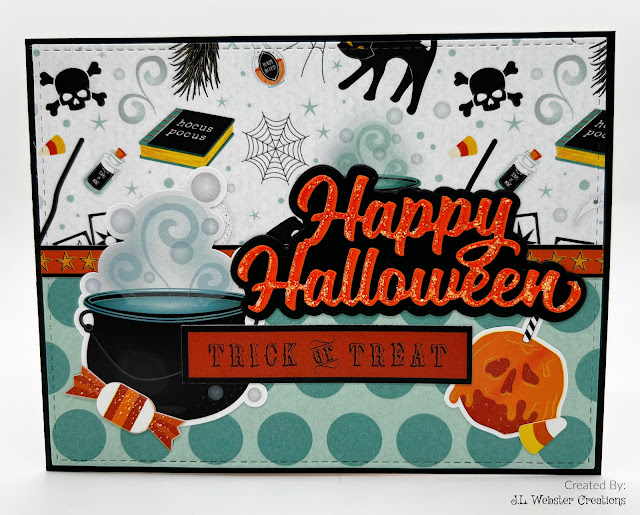 I added the two different pattern papers to the card and added the sticker border down the center. I added the cauldron, candy apple and candy stickers to the front as well.

For the inside of the card I die cut out two of the skeletons from the new Skeleton and Bat die set. I also die cut the ghost from the Halloween Elements die set as well as the word BOO! I die cut the BOO! sentiment twice, once with black cardstock and once with green cardstock. I glued them so some of the black showed through from the back and added glitter gel to the green BOO!. 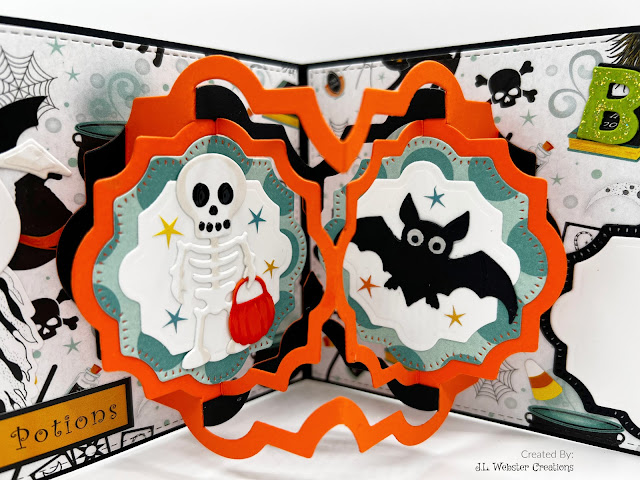 I cut the main mechanism from orange cardstock and die cut a second piece in black to add some elements to the orange piece. If I did this again, I would use a thinner cardstock but it still works great.

I die cut the pumpkin candy bucket for the skeleton to hold. I also die cut the bat from the new die set. I added these to the card and used glossy accents on the eyes for the bat and the skeletons. I added some sticker elements around the inside of the card.

From the Paper Frames Pop-Up die set I used some of the smaller pieces to make a place to sign the card when you send it.

Thank you so much for stopping by on day 4 of Sneak Peek Week! Happy Crafting! 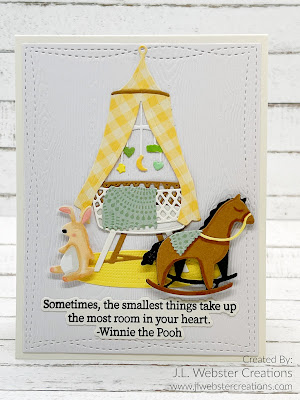