Hello and welcome! I have a super fun card for you today. This card uses the Karen Burniston Ice Cream Sundae Pop-Up die set. This die set comes with everything you need to make an ice cream cone or a pop-up ice cream sundae! It's sure to put a smile on anyone's face when they open up a card to see a yummy sundae. 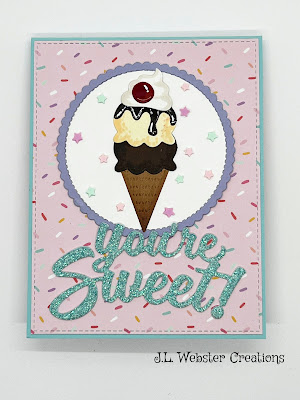 For this card, I started with an A2 card base in aqua blue cardstock. I had some fun birthday paper that was perfect for an ice cream card and I die cut out 3 rectangles using MFT A2 Stitched Rectangle STAX dies in the largest size.
I die cut out the sentiment "You're Sweet" using Karen Burniston's You're Sweet die in aqua cardstock and again using sparkly blue cardstock. I glued them together to give the sentiment some dimension. I die cut out the scalloped circle using MFT Stitched Mini Scallop Circle STAX dies twice, once with white cardstock and once with a pale purple cardstock. I trimmed just the scalloped edge from the pale purple cardstock and added it to the front of the white scalloped circle.
For the ice cream cone, I die cut a chocolate and vanilla from scrap cardstock. I die cut out the sauce topping as well as the whipped cream and cherry toppings. I added some dimension to the ice cream using my Copic markers. I added glossy accents to the chocolate sauce on the vanilla ice cream. I also added glossy accents to the cherry then added a shine line using my Gelly Roll pen in size 8. I added some dimension to the whipped cream with my E40 Copic marker. 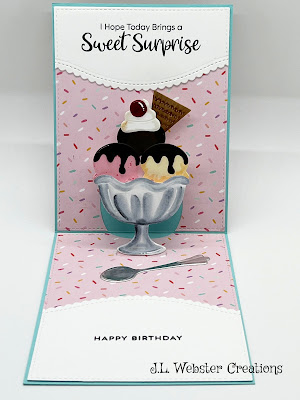 For the inside of the card, I die cut the sundae bowl from white cardstock and colored it to look like glass with cool gray Copic markers.
I die cut the strawberry, chocolate and vanilla ice cream from scrap cardstock and added details using Copic markers and water color paints. I added glossy accents to the chocolate sauce and cherry.
I added the whipped cream and took the ice cream cone die cut out and turned it around to look like a wafer biscuit sticking out.
I die cut out the spoon using a mirrored cardstock and added it to the front of the dish.
I added the scalloped top and bottom and stamped the sentiments using MFT Sugar Coated Sentiments and MFT Bitty Birthday Wishes.
As always, thank you so much for stopping by and Happy Crafting! 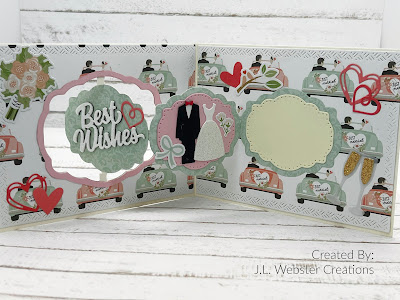